Neneh Cherry has announced a new project titled The Versions, a collaboration album of covers from her expansive catalogue by an all female lineup of some of the most exciting and revered artists of our time.

The Versions is a 10-track album featuring Neneh Cherry reworks from artists that have a personal connection to the artist and her music. Sia expresses her love for Neneh and her family saying, “Neneh was my favorite artist when she hit the scene. I saved my pocket money for red filas and dreamt one day we would meet. When I was struggling with my mental health in my early twenties, I somehow ended up in their house being taken care of as if I was one of their own children. I called her husband during a suicide attempt, who had been mentoring me as an incredible music producer, and they gave me all the love I could have dreamt of. I owe them a huge thanks and would sing ‘a-b-c’ for them if they asked. Neneh, my very first queen, Cameron my bonus dad, I love you forever amen!"

Other artists involved include long-time friend, one of pop's treasured musical geniuses and woman behind some of the most memorable songs of recent decade, Robyn who teamed up with Mapei to re-imagine the seminal track “Buffalo Stance” into a slinky, scandipop song with the help of Dev Hynes on production. Pop provocateur, ANOHNI lends her haunting vocals to “Woman”, delivering an arresting remake of the empowering track and south London nomad Greentea Peng transforms “Buddy X” into a garage infused number. Singer-songwriter and poet Jamila Woods adds her soulful touch on “Kootchi” with artist and violinist Sudan Archives completely reconstructing “Heart” into a sparse and delicate offering. Seinabo Sey adds Scandinavian soul to “Kisses On The Wind”, Kelsey Lu’s ethereal vocals on her version of “Manchild” transports the track into unworldly heights with Neneh’s daughter TYSON bringing her own sensual attitude to “Sassy” before Honey Dijon wraps things up and taking things to the dancefloor with her house remix of “Buddy X”. 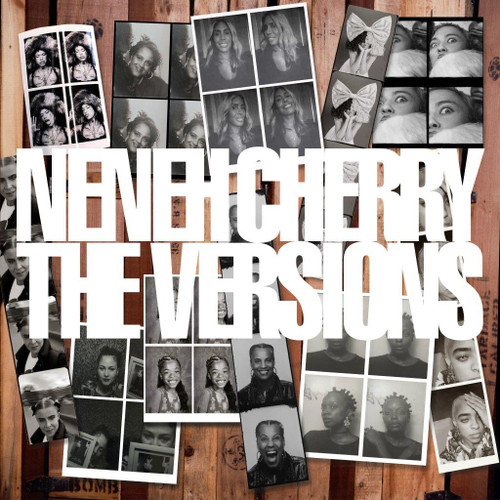