Jamie T, real name Jamie Treays, released his debut album Panic Prevention in 2007 following massive radio airplay support, the Mercury Prize nominated album peaked at #4 in the UK album charts, three singles were released from the album prior to its release in January 2007: "Sheila", "If You Got The Money" and "Calm Down Dearest".

Most of the songs on the album deal with aspects of modern 'youth' culture in the UK (for example binge drinking), and as such has been strongly compared to the works of The Streets, Lily Allen and The Libertines. As of January 2022, the album has sold over 296,000 copies in the UK to date.. To mark the 15th Anniversary of the album a limited-edition white vinyl has been pressed.

Wimbledon born Jamie-T served up an ace punky-reggae-folk debut album. At the time of its writing 20 year old Jamie Treays' called on his experiences growing up, including running a club at the 12 bar, busking in his local high street and making eruptive guerilla raids with his Clash-like electric band. In the tradition of self-made brits that stretches from Joe Strummer and Ian Dury, through Billy Bragg, up to Mike Skinner, Treays is a contemporary lyricist of the the here and now. His songs feature an iraq war veteran back from the front (Peacemaker) and binge-drinking lasses on the tear (Shelia). He is a modern musical poet with a massive reggae influence that made a clever and charismatic debut album. 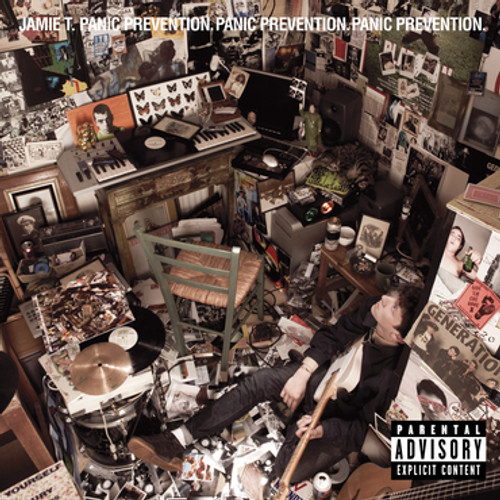